Bill McGee joined Empire in 2000 when we acquired Inventive Machine, a company he served loyally for sixteen years. After supporting the operational transition, Bill assumed responsibility for Blast Room Systems and Portable Blasters. Bill draws on a wealth of blasting knowledge to develop solutions for unique production and dimensional requirements. 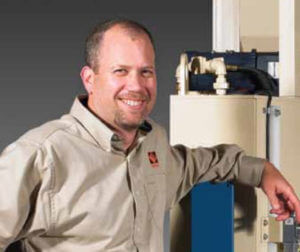 Jerry Conover  started with Empire after graduating from The College of New Jersey with a B.S. in Mechanical Engineering. Jerry joined Empire’s engineering department in 1996 and was promoted to Room Product Manager in 1997 before moving to his current role as Product Manager of Automation and Robot Integration in 2001. 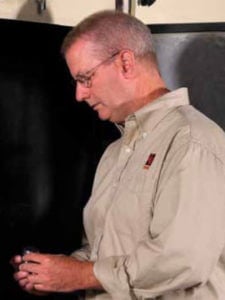 Dan Herbert joined Empire as a designer of modified Pro-Finish® systems in 1987. Dan moved to applications engineering in 1991 and was elevated to our Pro-Finish/Modified Systems Product Manager in 1994.
From slight adjustment to major development, Empire Product Managers work with your team to meet your specific needs. Bill, Jerry and Dan combine ingenuity with more than 60 years of air-blast experience in the development of engineered systems. All three product managers will work with you from the planning stages through final installation.