Late Spring 2016 – Empire Abrasive Equipment Company, a leading producer of air-blast equipment, announced today the completion of a significant expansion to their corporate headquarters and manufacturing facility located in Langhorne, Pennsylvania. Designed to accommodate the growth of its custom automated blast cleaning systems, the additional manufacturing space will position the company to meet current and future sales growth while reducing overall manufacturing costs. 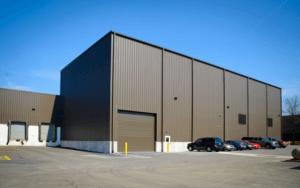 “The market landscape has changed”, said Scott Nangle, Vice President of Marketing. “Previously automation was limited to small parts, but now customers want special automation systems to handle much larger parts – ones that typically would have required a blast room in the past”, he remarked.

Empire’s building expansion is a result of the double-digit sales growth they have experienced over the past five consecutive years. In addition, manpower has increased over 55% in the past seven years, from 80 to 125 employees.

The new addition has added 11,000 sq. ft. of production floor space to the existing building bringing the total to over 80,000 sq. ft. for the entire facility. It features two 5-ton overhead cranes with a combined 10,000 pounds lifting capacity and a loading dock that is undercover. A second entrance and exit to the property was also created along with the construction of additional parking and driveways. These were designed to alleviate congestion in the rear of the plant and to speed up the flow of shipments and deliveries to and from the facility.

The new space is organized to provide an ideal environment for the efficient and timely production of complex robotic automated systems. With the market’s demand for increasingly larger systems, the addition was designed with a minimum 35 foot clear span beneath the hooks of the dual cranes. This now gives Empire the ability to build and test much larger equipment in-house rather than having to build on-site. For example, in a recently produced system, an individual part to be blasted weighed over 3,500 lbs. requiring a two-story blast room as part of the automated system. In another, the cranes were used to lift small equipment over one another in order to improve the overall workflow.

Empire currently ships over 300 standard and custom grit blast and peening systems per year. With this building expansion, Empire will also be reorganizing the rest of their facility and manufacturing methodology to be more efficient in the production of their full line of standard blast cabinets and custom blast rooms.

The building expansion and reorganization of the existing facility will benefit Empire’s customers by providing better lead times on equipment and lower overall costs over time. 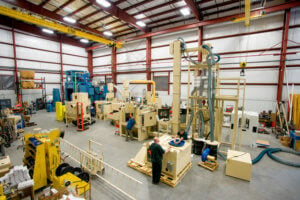 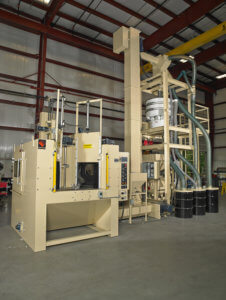 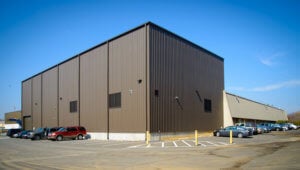