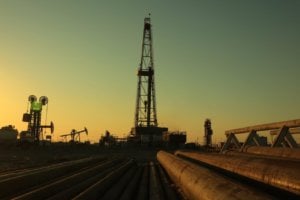 A major manufacturer of stainless steel drilling pipe for the off-shore oil and gas industry needed the ability to improve the in service life of the pipe to avoid fracturing and cracks in high stress areas. The drilling pipe ranged in size from 4” to 14” O.D. and up to 30 feet in length. A subcontractor was being utilized to shot peen the pipe to improve its compressive strength. Quality was a major concern as a single section of pipe could sell for as much as $30,000. In addition, shipping time and freight cost were also a concern and they were looking to bring this process in-house.

Empire technical sales personnel and application engineers met with the manufacturer to evaluate the current process and determine their requirements. As a result, Empire developed and installed a custom engineered automated air blast peening system that was able to accommodate long length parts. This system was designed to improve the compressive stress in the drill pipe in order to improve service life and prevent cracks from developing. This highly automated shot-peening system featured a combination of an I.D. blast lance and vertical/horizontal OD oscillating blast nozzles plus a powered loading cradle and a multiple shot size shot recovery system.

The overall system measured 35’ long x 4’ deep x 8’ high. Due to the long length of the pipes (up to 30’), an automated powered loading cradle was used to hold the pipe for processing. A crane would be used to lift the pipe and place it on rollers in the cradle. Once on the rollers the pipe would automatically spin at the proper speed while an I.D. blast lance with head at an angle would move horizontally though the pipe. To accommodate the varying pipe sizes, the I.D. blast lance could be positioned vertically. Then in sequence, the O.D. oscillating blast nozzles would peen the exterior. The rollers, the I.D. lance and O.D. oscillator featured variable speed controls that were set through the operator interface (HMI) and independently controlled by the PLC to suit the desired end result.

A key feature of the system was the ability to programmatically blast selected areas of the pipe using different parameters, including the pipe ends that were both I.D. and O.D. threaded. Up to 15’ pipe could be accommodated in one pass. For up to 30’ pipe, the O.D. could be done in one pass, however, the I.D. required that the pipe be turned and a second pass made. The unit offered automatic control of shot flow, pressure flow, speed and distance. It also featured the ability to program high and low set points to make sure the peening process remained within the correct parameters to improve process control.

In order for the pipe manufacturer to meet their clients’ specs for peening, a Magna valve shot flow controller was utilized to allow for multiple shot sizes. To help reduce costs, a screw feed recovery system with a bucket elevator, air wash and screen shot classifier allowed the shot to be reused. In addition to multiple standard shot sizes, the process required glass bead shot (single use) for the finishing pass to clean the surface and remove any remaining metal fragments.

Empire was able to supply an air-blast peening system with advanced HMI/PLC control, improved blast-coverage and material-handling features that not only increased productivity, but also assured repeatability — a major concern in this quality-intensive application that affected the structural integrity of critical components. The drill pipe manufacturer was able to reduce cost, improve the overall turnaround time on their products and maintain greater control over final product quality.